Home » Spirituality as nourishment
Previous Next

Angelo Cannata2022-09-16T18:02:53+01:00Course of Spirituality - Level 2|
Show list of the lessons
The experiences of spirituality that I have indicated in the previous posts, for example being with someone and then meditating in silence, or the experience of listening to a word, can be considered experiences of nourishment. Thinking about spirituality as nourishment means considering it from the point of view of some of our needs, such as the need for support, or orientation, or motivation.
In this context, however, I feel a little allergic to the consideration of nourishment as a source of energy: it is easy to find this vision in what I consider false, self-styled spirituality, deformations of spirituality, which refer to energies to be awakened, positive energies and negative energies, hidden energies that circulate around the world and that can be captured by properly tuning to their mysterious waves, perhaps through objects that possess particular powers, or through astrology. I am against this, by the way, because energy research often means loss of sight of the search for the reasons why this energy is missing. For example, if a car has difficulty moving because it has a blocked brake, it will not make much sense to mount an engine a thousand times more powerful, or to put a petrol with a higher explosive power: it will be much better to release the brake. In a human context, if a person is unable to complete a job because she is being oppressed or bullied, it will be misleading to give her super energy foods or substances capable of multiplying muscle strength: it will be better to solve the root problem. This is why I prefer to talk about motivations, or their shortcomings, rather than energies.
It is also necessary to keep in mind that spirituality, like any other human activity, is not salvation, it is not the solution to problems, the recipe ready for all occasions. Despite this, it still remains a very high human faculty, capable of introducing completeness and balance into our existence, which is no small feat. In the two previous videos, which I mentioned here at the beginning, I highlighted some negative aspects of the spiritual experience: in the first of them I said that being with other people can also be discouraging if these people do not harmonize with us; in the second one I referred to the problem that, likewise, the positive abilities of the word can turn into destructiveness in cases where the word becomes demolition, accusation, distortion, falsity. On these occasions, I referred to the criterion of walking, or to that related to weakness, to indicate that we can still try to transform negative experiences into opportunities for growth.
At this point a critical question arises: can growth feed on growth, can walking feed on walking? Unfortunately, as I just said, infallibility does not exist, there is not something capable of being infallibly food, support, orientation. However, we can work to bring out at least the possibile, the maximum, the best. From this point of view we can observe that the path can actually be nourishment for the path; I dare to say it in an even more paradoxical and provocative way: hunger can be food. I know that many will have rebelled at this point, above all because such an idea lends itself to oppressing others in the most hateful and subtle ways. Apart from this right rebellion, however, it will not be bad to observe that if a food served to make hunger disappear forever, we would soon die of malnutrition, because we would no longer feel the need to feed ourselves. A food must also serve to keep the mechanisms of our body functioning which, if necessary, will make us feel hungry. In this sense, Jesus’ affirmation to the Samaritan woman, Jn 4:14, in which he boasted of being able to give water capable of eliminating thirst for ever, is very criticizable. Those words are valid for me only if we mean by water research and by thirst to make disappear that type of expectations, desires, anxieties, which lead us to lose sight of the value of seeking, to direct entirely towards goals that end the search.In summary, what I have tried to communicate in this article is that spirituality, if understood as nourishment, must be understood above all as an act of eating and seeking, rather than as food-object, static food on which to definitively land in order not to navigate never again. In this sense, it becomes appropriate to speak, in the style of St. Francis, of “sister dissatisfaction”, “sister hunger”, without which we would soon die from lack of nutrition. In other words, what really nourishes us is not properly food, the material object: the material object is only the basic support so that what really matters can be implemented, that is, the action, the gesture, the act, historicity in the making, which is the action of eating, the act of chewing, the movement of feeding, or of looking for food. What matters most is not to transfer the food object into our stomach, but to allow movement. Movement would be impossible without material food, but food that did not originate movement would be completely useless, devoid of meaning and motivation. Material food is the means, the end is to move, to seek, but in many ways, moving itself is the primary means in order to move, because each means makes us risk forgetting the end. 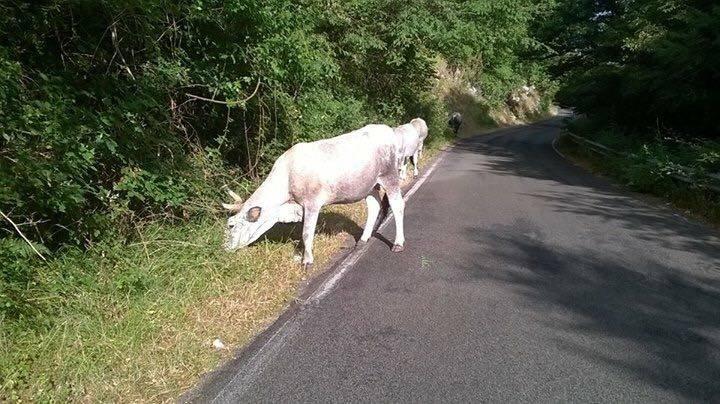