Home » Spirituality of music
Previous Next

Angelo Cannata2022-07-06T19:39:06+01:00Course of Spirituality - Level 1|
In the post Spirituality of word, I indicate text and words as an important place, in addition to people, where we can live experiences of spirituality. I also hint that, in any case, the word is not itself, as it is, spirituality: spirituality, our interiority, is in any case beyond the word, we can also say beyond anything we can think too clearly. Now, compared to the word, sound, music, has the advantage of less distracting our mind towards defined thinking, towards reasoning, reflecting. On the other hand, human beings from all places and at all times have always shown appreciation for music as a privileged place of spiritual experience: each religion, for example, has its own musical traditions, but also the fact that a singer rock can be considered an almost cult object tells us a lot about the ability of music to move the most intimate strings of our heart and mind.
As I hinted, music has the advantage of not becoming entangled in philosophical, critical discussions, on coherence or not of religious doctrines; a piece of music can drag us to spirituality with greater power than an entire system of thought. This allows music to be an instrument of transversal spirituality, that is, an exchange of sensitivities also through spirituality and religions that instead, with regard to doctrines and philosophies, would easily fall into debates and controversies: even an atheist can appreciate without difficulty a Mozart Mass or a Muslim chant, as well as a believer of any religion can be in tune with a skeptic about, for example, the passion for blues or jazz.
So far, however, we are only taking note of what music itself is capable of being. For those who want to follow a path of growth in spirituality with commitment, music is more than itself, it is something else, because it is compared with the meaning to give to one’s life. It is possible to highlight a difference between those who listen to or play a piece just out of passion for music and those who do it within a spiritual walk. In the second case, the listening or interpretation experience of that passage is lived as part of a consciously designed path of spiritual growth. In fact, although everything can be spirituality, in this section I intend to highlight the spirituality lived as conscious planning, also made at a table with pen and paper, in addition to also having its spaces of spontaneity.
As a consequence of this vision, the possibility of planning musical growth itineraries opens up for the walker in spirit. The aim will not be to become musicians, although it is not excluded, but, within a horizon specifically dedicated to spirituality, it will rather be to grow in the best of what humanity has been able to create and an essential component of this best is certainly music.
Going more concretely, this means that those who want to follow a path of spiritual growth will do well to sit down at the table, take a pen and paper and plan their own musical listening. The criteria for this project could be many: even the school tries to give us musical training; one criterion that I recommend is to try to identify the best of world music and try to know it. There are lists of the best masterpieces in the world, I’ve tried to draw one up myself by combining different criteria and using different sources; they are certainly questionable lists, but they have a validity for the effort they represent: they are an invitation to walk the paths of musical listening, rather than wasting our life’s time in passive listening that does not train us, does not give us growth.
I believe we would live in a better world if a well cultivated musical culture, made also of music criticism, but above all of enjoyment of music lived as the management of a desire to grow through the best of it that humanity has been able to create; self-education to listening, specifically by listening to a microuniverse that gives us experience of infinity. 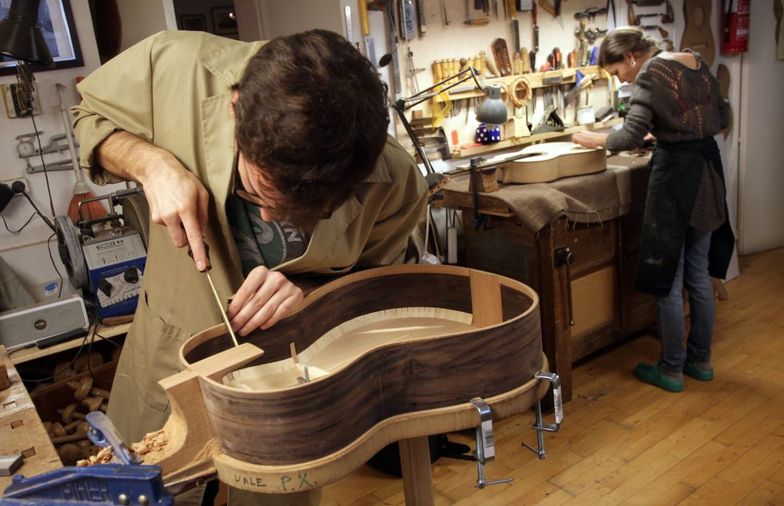