Home » Spirituality and criticism
Previous Next

Angelo Cannata2022-09-16T17:57:42+01:00Course of Spirituality - Level 2|
Show list of the lessons
Spirituality must be able to measure itself against criticism, because not infrequently people who say they are spiritual, if confronted with criticisms of their ideas or their life, find nothing better than being irritated or denigrating criticism itself, the excessive use of human intelligence, or taking refuge in the uncontrollable, that is, the heart, feelings, intuition, places where, however, superficiality and even imposture can find fertile ground. On the opposite side there are those who would never tire of arguing, they love to make a living room, provided that they are not touched in their responsibilities; typical examples of both cases are found in the gospels. On the other hand, once spirituality, as an inner life, can be considered the lifestyle to which one adheres with one’s whole being, it is understandable that criticism is felt not as a simple pleasure of reasoning and discussing , but as an attack on the person himself. Furthermore, spirituality, even if related to philosophy, arises more as an experience, a journey, than as a reflection and disquisition, so it is not difficult for even authentically spiritual, serious people to feel displaced, unprepared, if they face shrewd criticisms. The spiritual person does not set the goal of her or her life as a specialist in reflection: this specialty belongs to philosophers, theologians, mathematicians; rather, the spiritual person intends to make exist in herself a life experience that can be appreciated for depth, richness of meaning, adherence to concreteness and to the human.
How then to keep us capable of confrontation with criticism and at the same time not waste too much time in preparing answers to all imaginable criticisms? Here are some ways that can help.
One is humility: the spiritual person does not pretend to have a ready answer for any question, in spite of how instead these people are often imagined or they show themselves. In this sense, the spiritual person admits the criticism of her ideas and her lifestyle, without this having to imply abandoning her way. Not knowing how to answer gives obviously a bad impression in front of the community, but on this we have the dramatic example of Jesus, whose silence, while being tried by the priests of the temple, was transmitted to us not as a bad impression, but even as a judgment of condemnation of his accusers. In this context, we understand that humility is a beautiful thing in contexts of serenity, but it may require heroic strength to avoid being plagiarized by popular judgment. Actually, all of us, from a psychological point of view, are to some extent dependent on the judgment we see ourselves receiving from others; however, the spiritual person knows that she cannot give too much space to this dependence, we cannot adapt to the image of ourselves that others want to impose on us. This, evidently, already leaves a glimpse of the prospect of a spirituality work to plan and cultivate with constancy and organization.
Another way of reacting to criticism consists in criticism of criticism; that is, if everything can be criticized, this also means that there are no criticisms that cannot in turn be demolished with other criticisms yet. However, since the spiritual person cannot spend her life studying how to react to the various individual criticisms, it will be good to keep in mind some criteria capable of demolishing them all. One criterion is that of the limits of our awareness: to anyone who criticizes us it will always be possible to point out that there may be aspects of the question that are escaping both us and him; this means that no criticism can ever make a claim to be definitive.
It may be noted that these paths which I have indicated presuppose, however, on the part of spirituality, an appreciation of criticism as an indispensable tool for growth, and not as an enemy to be avoided. 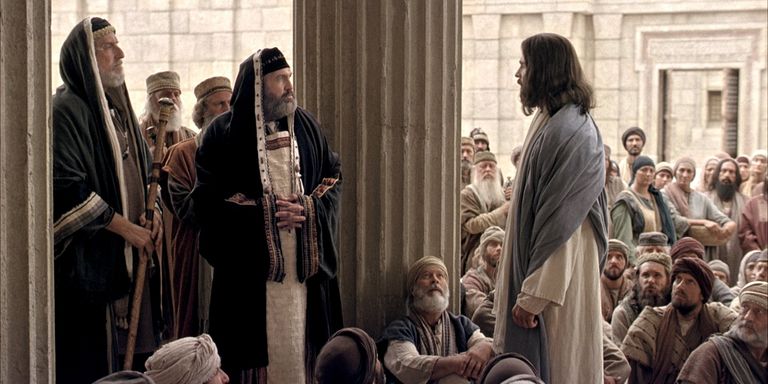