Angelo Cannata2022-09-16T18:06:09+01:00Course of Spirituality - Level 2|
Show list of the lessons
Companion of every good morning,
arrogant behind tears of condensation,
who’ve always dared to reproach me
to believe to understand without knowing,
let me love,
now that, sad, I see
dying the flame
in a stormy sunset,
more certain than in a faint serene,
that poor shadow
that, about me,
with tarnished feeling,
you reflected, troubled soup.Because I am sure, in my heart,
that the fruits of the mind,
kept against oblivion or inheritance,
have now the right maturity.

Because I am sure, it remains for me,
for the time that from now on I will press,
the human Value of my failures,
Phoenix from the shadow of your reflections.

This poem can be fully said to be daring, because it dares to present failure as a value: the heart of his thought is all there, in the penultimate line:

the human Value of my failures

In itself it is not a totally new idea: in history it is possible to find for example Socrates, or the martyrs of mafia, or the peak reached in the death of Jesus. In this poem, however, we have an even more daring. If we think of the examples I have indicated, the relative failures are considered worthy of being crossed in view of a value; it will be the value of honesty, or consistency, or divine love. Here, however, the failures are not presented as serving a value, but are themselves a value; the Phoenix that rises are the failures themselves; it is like saying that what is risen in the story of Jesus is death itself; in other words, we can also say that Jesus himself is death that has risen. Jesus would never have accepted such an idea, because evil is bad for him, death is the number one enemy, failure is a very hateful suffering. In all this we can find the Greek mentality of coherence, while instead Di Martino’s poetry proposes something different, a different way of thinking, another philosophy. We could speak of redemption of the universe. But let’s go to the text.

Right from the title, the central protagonist is the mirror, with its reflection, the sending back an image that causes our reflection. The good morning company introduces to a friendly atmosphere,that dampens, but also constrasts, the immediate arrogance referred in the next verse. It is therefore an experience of betrayal from the start: it is an arrogant companion. This arrogance is made even heavier by an accusation of falsehood and hypocrisy: the mirror tears, seems to have empathy, to live your sufferings within itself, to put itself in your shoes, but it is only arrogance.

In this poem, therefore, the mirror is an interlocutor with whom there is contention, controversy. But why is the mirror arrogant, why is there controversy with it? The mirror is arrogant because it claims to reflect, to know how to reflect, and reflection is philosophy. The mirror is arrogant because it pretends to be a philosopher and, as a philosopher, it claims to be able to reproach, to be able to dictate what is good and what is bad. This reproach hurts the poet, because reflection has a power to convince. This poem is a struggle against the convictions that the mirror claims to communicate, it is a struggle against philosophy, which had managed to convince the poet of being guilty; turning against the mirror is thus an act of rebellion against a slavery, a Freudian killing of the father, who would like to dictate the moral rules. The reproach that the philosopher mirror had managed to inculcate to the poet was

to believe to understand without knowing

But now the poet has understood that the mirror, in reproaching the poet for believing he understands, falls precisely into the same hypocrisy: it is the mirror that believes to understand (understand in the sense of being able to contain the image) and, what is even more serious, the mirror wants us to believe that he can understand.

The poet’s rebellion is an effort to turn attention to something else: it is a rebellion to be carried out internally, because that is where philosophy produces its deceptions, therefore that

is an invitation addressed above all to himself, because the mirror manages to imprison the poet’s mind. He makes the effort to shake himself off from this virus that entered the mind and finds the alternative to reflecting of the philosopher mirror: to love. It is a question about loving what the mirror had instead commanded to hate:

shadow to be hated because drenched in disturbance. Philosophy does not like disturbance, philosophy is a reflection that wants us to believe that we are always serene, like the stars that are not disturbed by what happens on earth. This is the tarnished feeling: the claim of the philosophy of appearing better, even attractive, because it shows things misted up, suffused, like altered romantic photos, otherwise its own hypocrisy would be revealed, as well as what the photos actually alter it is not the represented object, but themselves.

In this context of ideas, the flame that is fading is the mixture of arrogance, reproaches, enthusiasms and struggles about believing, understanding, knowing, saying good morning, it is the straw fire of the hypocrisies that the mirror had always aroused in the poet, with its hypocrisy. This flame is now about to be replaced by another flame, which is more authentic, it is not as exuberant and exhibitionist as that of straw, but has the robust calm of the flame that instead springs from the wood; this flame that possesses true heat is love:

The stormy sunset, needless to say, is the sunset of ideologies. In this storm, however, the poet begins to see higher certainties, superior not because of some philosophy or religion, but because they are part of a growth. In this sense, the faint serene was the hypocritical serenity offered by the philosophical certainties reflected by the mirror, faint like the straw flame that is now finally fading to give way to more authentic and consistent experiences.

In the next verse our attention is redirected to certainty: the word “certain” animates each of the three verses and represents the mood that the poet is managing to acquire; it is not a question of the certainties boasted by the mirror, that is, by philosophy, but of certainties matured in a path of growth; a growth that is well advanced, because now the poet speaks of fruits. They are fruits of the mind, therefore still born from reflection, but a reflection that has now managed to make controversy against itself and to reserve a suitable place for the component that philosophy had neglected: love, love for the poor shadow.

There is still an effort to break free from the philosophical links in saying the poet to himself that it does not matter to exist forever, to resurrect to a new life, to continue living in the minds of others, or to be forgotten: all this does not matter, it is only old philosophy. What matters is loving now. This is what the poet tastes as the good maturity, as a fruit that deserves to be savored.

This fruit is a human value, but it is not a value exposed to any crisis of values: this danger does not exist, because the world does not even notice this value, it is blind to it: the value of failures. This value

Remaining is an important verb, because it indicates something that enters and becomes part of us, constitutes our identity, in the same way as before, instead, what entered inside and constituted our identity was reflection, reflecting, pretended by the mirror.

The future is subject to pressure, pursuit. This pressure was previously dictated by reflection, now it is dictated by love, love for the poor shadow, now again remembered as a Phoenix: this is the human value of failures.

The Phoenix is the mystery of the new existence, but it is not a too mysterious mystery, which would lend its side to an accusation of emptiness, indefiniteness. The Phoenix is the whole journey lived by the poet and still being implemented; it is not a resurrection that took place once and for all, but a continuous, ever new resurgence, experienced with all the richness of soul that only love can give.

It is a love that has yet to grow further, because in this poem there is no mention of love for the other; however, it is in any case a process of growth, therefore it is a matter of authentic love, which will certainly have no qualms about adding the joy of growing also towards one’s neighbor. 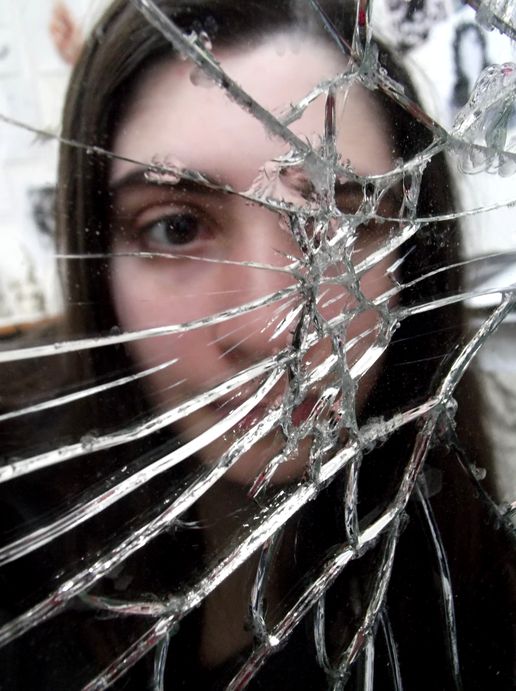