I purposely included the word “today” in the title, because it is possible to get confused about relativism because of the more or less incorrect or naive ways in which it was conceived in the past. The essential mistake that has been made, but still persists today, is the idea that relativism believes that everything is relative. This may or may not have been a mistake from the past or the present, but it is now clear that relativism conceived in this way is at least naive. We all know the objection: if everything is relative, even this same statement is to be considered relative and therefore it is not possible to assume it as true. A non-naive relativism of today knows this objection and does not fall into the naivety of asserting for sure that everything is relative.

To clarify this whole question, however, it is necessary to start from another assumption, namely that of development, be it historical or logical. That is, in conceiving relativism, the basis of the error mentioned above consists in framing it as a position, an organic system of thought, an ideology structured in its own right, with its beautiful principles, its axioms, including the axiom “everything is relative” that is there, among the shelves of axioms, to make a good show of itself. This conception is wrong, because it lacks a dynamic, historical, developmental vision. In fact, relativism is not a system, but rather the result of a development. To understand relativism it is therefore necessary to refer not to its alleged statements, to its system of thought, but to the development of which it is the result. There is therefore a history, a process, a narrative to be examined; we have to see how things went and not how they are structured in terms of static systems.
The development I’m talking about starts from the assumption of truth; that is, at the origin of this development there is not relativism, but its opposite, that is, believing that access to truth is possible. For example, I look at a tree and I think “There is a tree there”; I think this is a truth. This truth is experienced as independent from me, therefore able to impose itself forcefully and possibly also with violence. I can’t afford not to believe that there is a tree there, as the practical consequences could be disastrous.

At this point a fundamental abstract idea comes up, the idea of universality. That tree exists and, just as I cannot afford to ignore it, anyone else should keep it in mind. Therefore, the existence of that tree can be considered universal, that is, valid for anyone. This is a key concept of the question, a concept that makes us move on to the metaphysical level, that is, beyond the limits of what we can perceive with our senses, the limits of the physical. In fact, my senses can deceive me, but mentally I can think that certain truths can go beyond the deception of the senses and therefore manage to be universal.

A key aspect of the concept of “universal” is its ability to deal with everything. That is, if a truth is universal, it means that it is able to measure itself with any criticism, any suspicion, and provide strong, resistant answers. An example of a strong universal response is the principle of non-contradiction: it can be considered universal because it is not possible to elaborate objections against it without using it and therefore without assuming it as universal. In this way, any objection to the principle of non-contradiction is instantly its opposite, i.e. its confirmation.

It is at this point in the discussion that the decisive step, that constitutes the development I talked about above, must be taken. We have verified so far the stabilization of a trust in truth, first as an empirical experience (“There is a tree”), then as a strong experience of abstract metaphysical thinking, able to withstand any criticism (the principle of non-contradiction). The key step to touch the evolution of this development is based on the concept of “universal”, to which we referred above. We said that the concept of universal, supported by the principle of non-contradiction, puts forward the claim that it can measure itself against any criticism and provide irrefutable answers.
The key step is to test, check, implement in its most critical consequences, verify in reality, this characteristic of the concept of universal. The test consists in comparing universality with the presence of subjectivity. Here is the nerve point: if universality is universal, strong and irrefutable, it must also stand comparison with the existence of subjectivity. This point is crucial because it is what, on the contrary, is systematically ignored by metaphysics, that is, by those who consider irrefutable a strong idea of truth, at least as possible truth. It should also be clear that here we intend to talk about the phenomenon of subjectivity that takes place in the present of the subjects involved in the discussion. In other words, it is not a question of examining the subjects as objective entities, as other beings that can be considered remotely, with detachment, but rather the subjects that we are, the subject that I am, in the present; not the present of when these words were written, or the present of other people, but always the present of those who are considering this speech, when they are considering it. For this reason I say not objectivable subjectivity, but subjectivity in action in those who think in the present.

One consists in the relativism of doubt: subjectivity is fine, but, just because of its being relative, it cannot exclude the existence of certainty as a possibility, as a hypothesis. However, this objection does nothing but postpone a vicious circle. Even a certainty considered only as hypothetical will in any case be hypothesized as universal and consequently its comparison with subjectivity must also be hypothesized even in the field of hypotheses. This will just reflect in the hypothetical the problem of subjectivity that we have considered regarding the world of reality.

Here, then, is the synthesis of the development that I have illustrated: if a truth is universal, it means that it claims to be capable of bearing comparison with subjectivity; from this comparison, however, it emerges as not universal, because it is inexorably compromised by subjectivity. It cannot be universality reduced to the hypothetical because, as we have seen, the reference to the hypothetical only forms a virtual environment in which we still have to deal with subjectivity. Therefore, every assumption of universality has as its outlet the denial of universality. In short, if something is universal, then it is not universal. If one thing is certain, then it is not certain. If something is true, it is not true. If truth exists, it does not exist. If being is, it is not.

The relativism that arises from this contradiction of metaphysics does not claim that everything is relative; rather, it is an acknowledgment of the development that I have illustrated and therefore an opt for the search for different ways, which perhaps take on doubting, becoming, development, permanent search, as bases for alternative ways of thinking and being. 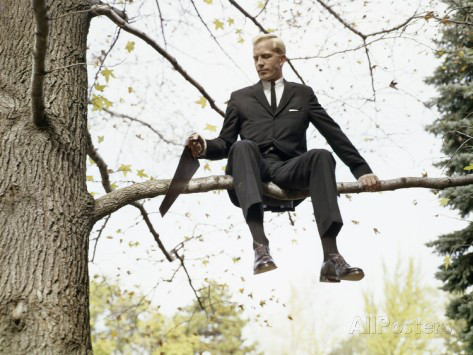