Angelo Cannata2022-02-25T15:06:11+00:00Course of Spirituality - Level 2|
Beautiful and sensual, it offers itself
to my eyes of energies thief,
always looking for scraps of courage
to oppose to the fear of the unknown,
disillusioned, as now I am,
from centuries of learned philosophy.She is the Moon, painted in the dark
that, splendid in its whiteness,
returns my languid look.

She watches me, pious, dragging myself,
as a mask of Greek drama
until that day,
vainly intent
on stealing others’ daring
from the wickedness of the majority
diluted and subjugated.

I smile, and I only have the consolation
of some love won with sacrifices.

I smile, and all that remains is admiration
for those fearless mortals
which, also for me
and without any hesitation,
went one day to touch the Moon.

It would have been easy to ask Di Martino himself lights on the meanings present in this poem, but I normally prefer to stick to the habit acquired in biblical exegesis: what I have in front of me is the text and it moreover, once produced, lives of its own life, is able to have meanings completely unrelated to the intentions of the author.

This by Di Martino can be defined as a “dialectical” poetry, because it manifests two contrasts: it is possible to feel something like two alternative voices of the poet, a superficial one, a deeper second; there is also the contrast between strength and weakness.

Beautiful and sensual, it offers itself
to my eyes of energies thief

Already in the first two verses the double Di Martino emerges: on the surface he is the thief of energies, therefore the massified, trivialized man, which society continues to goad so that he goes on searching continually for strength and energy: think of how today a great amount of what circulates in society is conceived as something that must give energy, because the man of our age always feels short of energy, having to chase the frenetic rhythms of the consumer society. But this is just Di Martino’s skin. Under the skin we realize that there is the uncommon: it is not like the massified man to realize that the moon is not so much romantic or beautiful as provocative, sensual; sensual means that the poet feels attracted to it with a profound force comparable to the attraction that a beautiful woman is able to arouse in a man. Furthermore, it is not like the standardized man to realize that the search for energies makes us be thieves: a thief is someone who wants to misappropriate what belongs to others; the massified man who wants to be energetic does not realize that this way he supports mechanisms of oppression that inevitably transform himself into an oppressor, therefore into a thief.

A thief cannot buy courage in ordered blocks, but he steals it in the form of frayed scraps, like when he steals a woman’s purse and finds it in his hands torn and frayed by the act of violence. Now the thief Di Martino sees himself watched by the moon and he is tempted to steal something from her, especially since she is surrounded by darkness, by the unknown, and is therefore presented as one that somehow manages to overcome this problem.

disillusioned, as now I am,
from centuries of learned philosophy

Philosophy has failed, even in those who didn’t want to be mass it left only disillusionment, but Di Martino is not a philosopher and this becomes an advantage for him: it is not like philosophers being able to notice the way indicated by the moon.

She is the Moon

Di Martino cares about telling the reader that his Moon has a capital letter and is a she, that is, a person. But why a person? He explains it himself a little later, self-portraying himself “as a mask of Greek drama”: we recall that the etymology of the word “person” is connected to the concept of mask, used in Greek tragedies. In the confrontation between these two persons, the poet recognizes himself a failure: he, who would be the real person, sees himself as a residue of a person, reduced to a mask, while the moon, which would only be an object, is instead considered a she, that is, one that really is a person. What does this mean? The personification of the moon does not have the scope of a religious personification here, this is not a religious poetry; the being “pious” of the moon certainly does not refer to something religious, but rather to pity towards the mask-man. Why then in this poem the moon is a person? The answer to this question is not found in some verse of the poetry, but in the very being of this poem: the moon is the one who dictated this poem to Di Martino, it is the muse that inspired him, the moon is the poetry itself that we are reading: by entrusting us with this poem Di Martino is entrusting us with that same moon from which he felt himself looked at. It is in giving us this poetry that Di Martino stops being a mask and fully regains his being a person, which the moon has allowed him to recover.

But how can it be that the moon has made the poet recover his personhood? The answer is in the following verses:

painted in the dark

This moon is also a human work: the poet looks at it in the sky, but looking at it he interprets it, he considers it his own way. The poet realizes that he, while looking at the moon, is actually painting it; this is nothing other than what the interpreting specialists call “hermeneutic circle”, to indicate that, when we read a book, the book is also reading us, we interpret the book, but we are in turn interpreted by it. This is why the poet feels returned his gaze to the moon, the moon he painted through his gaze, as if his eyes were a brush:

that, splendid in its whiteness,
returns my languid look.

This feeling of being returned the look is a feeling of being rebuilt in his own person, we could almost say like a child who grows and develops also thanks to feeling looked at by his mother; but here the moon is not a mother, it is rather a journey companion, the journey in which the poet drags himself:

She watches me, pious, dragging myself

But how can it be that the gaze of the moon manages to make the poet recover his being a person, from a mask to which he felt reduced? This can happen because the moon succeeds in awakening in the gaze, that is in the soul of the poet, the sensitivity for candor:

splendid in its whiteness.

What is so important about this candor, so as to restore the personality to the poet? This candor is the essence, the center of this poem, because it is the weak, disarmed, vulnerable response to the mass-man who, aiming instead at strength, armament, invulnerability, has made existence in this earth a hell. This mass man is the thief Di Martino, as opposed to Di Martino who instead lets himself be watched by the moon, it is the philosophers who have fallen into disillusionment, it is the

wickedness of the majority

without any hesitation,
went one day to touch the Moon.

This is the dialectic of which we said between strength and weakness.

until that day,
vainly intent
on stealing others’ daring

“That day” is obviously death and in this poem even death is double, based on the way we choose: for the thief death is vain, useless, it is loss of meaning for an already meaningless existence. But it can overturn its meaning on the basis of how “others’ daring” is meant: if this daring is that of the thief, then everything is in vain; but the poet wants to subtract this daring

from the wickedness of the majority
diluted and subjugated.

Boldness is bad because it is made so by the wickedness of the majority. But there is a clean daring, which is what emerged in the poet precisely in writing this poem, in bringing to light the feeling of being watched by the moon. In this other daring death is, on the contrary, significant, because it is the death of one who is working to recover polluted things

from the wickedness of the majority.

The fact that by the majority this daring was

cannot make us but think of the philosopher Zygmunt Bauman, who died last 9 January, 2017, who introduced the concept of “liquid society”, that is a society that liquefies every certainty, every point of reference, causing the disillusionment of

I smile, and I only have the consolation
of some love won with sacrifices.

The last two stanzas both begin with this “I smile”, but it is not a smiling of one who feels superior, who thinks he has understood better than others. On the contrary, it is the modest smile of one who does not delude himslef first of all about himself, and it is precisely this that the moon has taught them with its look, because even the moon is nothing but a part of this world and the sensuality of the its look is a candid sensuality. The poet therefore does not accuse the world, does not blame bad society, but recognizes himself as a man like others, who walks in this global village, he also experiencing the joys of love bestowed by family life, felt as a conquest by years of work , sacrifices, things that every good family man knows well.

I smile, and all that remains is admiration
for those fearless mortals
which, also for me
and without any hesitation,
went one day to touch the Moon.

In this stanza there is the culmination of the double meanings, of the dialectic, of the oppositions contained in the poem. The modest Di Martino, who recognizes himself as part of the mass, makes no secret of admiring the man who went to the moon, but saying “without hesitation” suggests presumption as well, vain pride. Even the “to touch” is double: was it greater the touch of the astronauts’ suits on the soil of the planet moon or the poet’s feeling touched by the look of the Moon with the capital M, which is a she? But even here the poet does not want to be the accuser, we see that he learned well from the teacher Luna, who does not accuse anyone. His admiration for astronauts is sincere; he simply presents himself to anyone as a traveling companion.

This poem therefore shows a message of humanity as an alternative to that of the search for strength: it is the alternative of a modest way of being, which however is not limited to superficial modesty as an end in itself, but carries it forward as an attitude, a method of listening with which to move in his own sensitivity; by exploring his own sensibility, the poet meets the moonlight and senses that this levity, lightness, this candor that not everyone is able to see as even sensual, is the way to go if we want to build a different world. 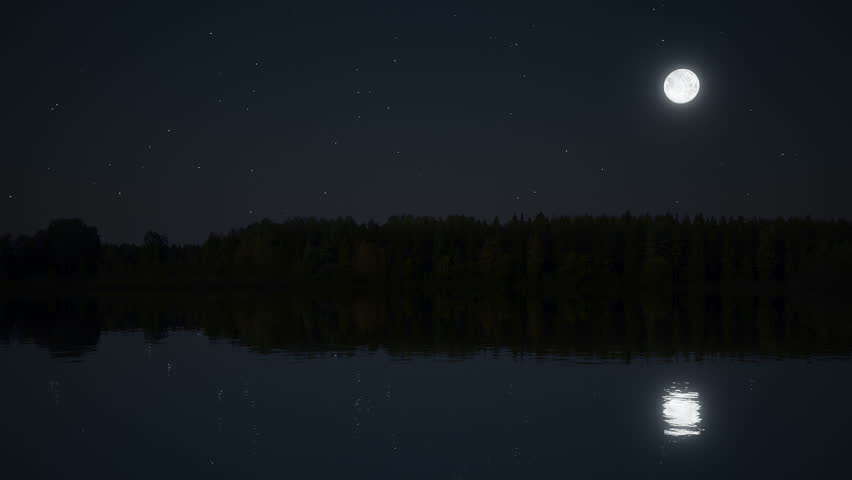