Home » Walking together
Previous Next

Angelo Cannata2022-09-16T17:59:39+01:00Course of Spirituality - Level 2|
Show list of the lessons
Those who followed the previous two articles saw that we focused on three essential elements that are at the origin of the spiritual experience: the relationship with others, silence, the word. I also highlighted a certain form of “commuting”, shuttling between being in the presence of the other and then stepping aside to meditate in silence, or listening to the word and then moving away from it to let it act in ourselves. All this cannot be done by chance, relying on pure spontaneity: another essential characteristic of spirituality is in fact that of planning, albeit more or less accompanied by abandonments to spontaneity. Whoever intends to follow a path of growth in spirituality must necessarily work on a project. With regard to this, I will not go into detail, which I have already deepened in my book Walking, but I intend rather to highlight that this planning, walking, is also realized as a social, collective action, in relationships with other people. We can better observe this fact by putting together two of the basic aspects focused in the previous articles: the company of the other and the word, which put together give rise to conversation, to dialogue. A conversation can be considered a piece of road traveled together: we take a path, perhaps with a simple “Hello, how’s it going?”, and talk about exploring together the ways that arise. This aspect of the spiritual experience can be considered fundamental because it includes in itself the basis that gives rise to everything else. It can be said that every cultivated spiritual experience is always a fruit that has at the beginning a walking together with others. Walking arouses an experience of inner life, a feeling that touches our sensitivities, our taste, sets us in motion and directs us to walk again. In this context, spirituality as such, distinct from particular spiritualities, pays special attention precisely to walking; that is, particular spiritualities are paths, while general spirituality is a deepening of the experience of walking in itself, of the dynamics it liberates, of the meanings that walking takes on in human existence. Once walking gets such a central importance in spirituality, it follows that spirituality can never mean stagnation, inertia, absence of growth, in the same way as a walk with a friend without saying even a word would soon prove to be an experience far from what we consider human, enriching, unless that silence is part of a project, but this would already confirm that it is not about inertia. Stopping is certainly not forbidden, on the contrary, it is a fundamental human need, but it will always be temporary stops, moments of refreshment, perhaps even for celebrations, but always in view of further steps to have the pleasure of experimenting. A possible fear of fanaticism about walking will have reason to exist, if case, bearing in mind that every walk is always subjective, that is, it may happen that a friend seems too still not because he really is, but because he does not reflect our personal idea of what wlaking should mean. In this case, the problem is not the fact that the friend is not walking: it is rather us who have too a limited concept of walking, a concept that prevents us from realizing ways of walking different from those we am used to. For example, for us Westerners, some tribes of Africa or the Amazon may seem too slow or too backward, but it is easy to object that these are people who walk in ways that our narrow-mindedness does not make us appreciate. From this it can be useful to deduce that the spirituality of walking must necessarily also be a “walking of walking”, that is, subject to continuous updating, continuous self-criticism and listening about the concepts that we have formed on what walking means. To do this, the collective aspect is of fundamental importance: it is the walking of others that provokes us to a continuous revision of the idea we build about what walking means; it is the feeling of the other’s hand in ours that tells us that there are ways of walking that differ from ours and may even be better. 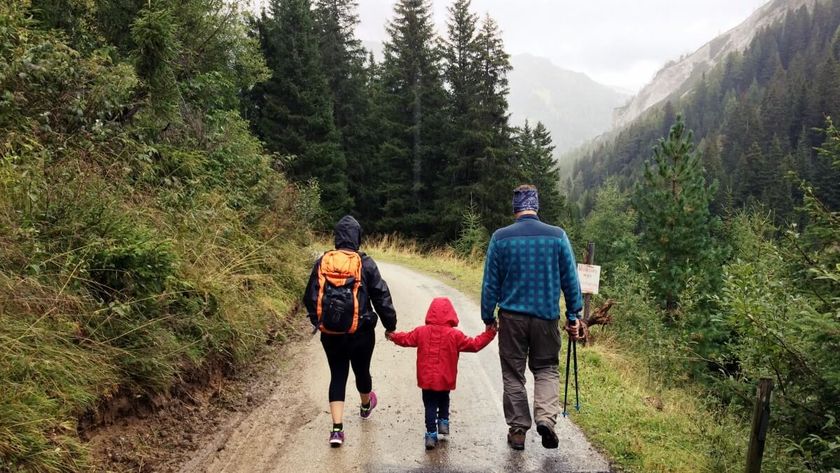