Home » The paradoxes of infinity and human spirituality
Previous Next

The paradoxes of infinity and human spirituality

In the fifth century BC the philosopher Parmenides, who died in 450, enunciated the principle of non-contradiction: “being is, and cannot not be”, “non-being is not, and cannot be”. His contemporary Heraclitus (535-475 BC) instead drew attention to the fact that everything flows, becomes, is moving. Zeno of Elea (489-431 BC) highlighted the contradictions, incompatibilities between these two ways of thinking, creating a number of paradoxes, like that of Achilles and the tortoise. These paradoxes do nothing but putting in connection the concepts of being and movement; from this connection a third concept comes out, that of infinity, which triggers the paradox. Today our attention to language allows us to assess with greater awareness the articulations of these concepts, allowing us to reach interesting existential consequences.

If we start with Parmenides, we are essentially in a world of staticity, an arithmetic world, where two and two make four, and nothing that cannot be traced back to the number four.

However, criticism of our experience makes us take note that staticities like this are only the result of illusion, as when the limitation of our eyes gives us the illusion that the hands of a clock are still. It is criticism that makes us conclude that the hands are moving: by comparing the memory of their position half an hour ago with that of now, we conclude that they moved; they seem still just because they move so slowly that their movement is not perceptible to the naked eye.

The critique of the experience of the movement of the hands of the clock undermines the concept that we express through the verb to be: we realize that, if we want to be exact, it is never possible to say what time it is, because, as soon as we say it, the passing of seconds and milliseconds immediately refutes what we said: if we say “It is four o’clock”, the time necessary, either to say and to think it, is long enough to make it impossible to determine the precise moment when it was really four o’clock, not a thousandth of a second more or less. It is at this point that we realize that the combination of the concepts of being and movement leads us to the concept of infinity. We have discussed about thousandths of a second, but even if our saying and thinking would be able to say what time it is in a millionth of a second, it will always exist a smaller unit, still able to refute our statement, as well as thousandths of a second are able to refute the slow pace of our speaking and thinking.

Hence inevitably the suspect that a time when it is exactly four o’clock does not exist and the core of the problem lies in language, that is in saying “It is four o’clock.” If everything flows, it means that the verb to be is never applicable and, what is most important, is never applicable even conceptually. That is, it makes no sense to “imagine” the moment when it is exactly four o’clock, because our imagining cannot exist but within time and we cannot claim to know how things work outside of time. It follows that even the sum 2 + 2 = 4 only works as long as we stick to inaccurate ways of thinking, as when we allow ourselves to accept as true the expression “It’s four o’clock”. If we want to stick to critical ways of thinking, we are forced to admit that we do not know if there is a moment when two and two make four, because the imagination of this moment involves the imagination of a timeless condition by our mind, which instead has no other experience but that of what is located inside time and continuously changes. In fact, if everything flows and changes, also the result of 4 for the sum 2 + 2 is to be suspected as subject to change. The very idea of “timeless condition” is, therefore, a fantasy, useful to simplify the business of everyday life, but unable to stand up to criticism.

In existential terms, it follows that our daily life is only possible thanks to contradiction, deception, hypocrisy, otherwise we would lose ourselves always in the intricacies of infiny involved by becoming. For example, it would be impossible to say that what time it is or to calculate the price that we have to pay for a purchase.

All this means that the concept of infinity is a fallacy if we think to consider it as something static. It seems to work from the point of view of certain logic, but where’s the catch that enabled Zeno to undermine the entire world? Is in language: the root of our contradictions is there. In fact, “infinite” means “unfinished”; but “unfinished” actually implies the concept of time, that is, it means that “not finished yet”, “still in progress”, “still in activity”. This means that it is linguistically contradictory thinking about a static infinity, an infinity that already in its instant being is infinite. “Infinite” means something that started and has not yet finished. Nothing can be infinite except in its changing over time. If we isolate it from time, it cannot be infinite, because the word “infinite” implies a verb, an action. Nothing can end or not end if it did not start before or if it is not in progress. Our not noticing that the word infinite cannot exist except in a context of action, movement, enabled Zeno to come up with the paradox of Achilles and the tortoise. This paradoxical fact is triggered the moment when we say that the distance between Achilles and the tortoise is divisible into an infinite number of parts. The catch lies in having used the verb to be, which implies a context of immobility, combined with the concept of infinity, which instead could never be born in our minds in the absence of becoming and of time. The distance between Achilles and the tortoise is infinitely divisible, but dividing it endlessly impplies doing such action of dividing over time. The conceptual divisibility endlessly cannot be considered already done and present, just because we know that we can do it. A distance is conceptually divisible only while such conceptualization is made by a mind; otherwise we would have to conclude for sure that everything that we can think of exists and is as we think it even when we do not think it. But this is an argument that may be fine for everyday life, not for a radically critical thinking.

At this point we do another observation: we started from Parmenides, imagining the concepts of being and non-contradiction as the most basic and therefore most suitable to serve as a basis for further arguments; after our critical remarks we must at least suspect that the most basic concepts are not being and non-contradiction, but becoming, motion. Now, since that unfortunately, historically, our language, being born for everyday life, is organized with structures that largely contain the falsity of ignoring becoming, as when we say what time it is or the price we have to pay for an expense, we must realize that our everyday language, critically compared with our previous reasoning, thrives on contradiction. That is, if the basis of being in the world is not being but becoming, while we, as poor human beings, live every day by static concepts, we must conclude that the necessary basis of our daily living is contradiction, falsehood, we could even say hypocrisy. In other words, it would be impossible to tell what time it is without the falsehood of pretending that it is possible; it would be impossible to say that two and two make four without the falsehood of pretending that there can be a timeless condition in which the making four as a result is not troubled by the changes introduced by becoming; it would be impossible to say that the distance between Achilles and the tortoise is infinite, except by forgetting that infinite means that it is becoming, is change, otherwise what this distance would not have finished yet to do, to accomplish, so that it can be considered “unfinished”? Let’s think of the strange feeling in trying to say that a certain thing “by now is endless”: we feel a strange feeling because the word “by now” implies the end of an action; it is to say that a certain thing “is definitely infinite”: here is the contradiction laid bare.

From all this arise the mentioned existential consequences in the relationship between human spirituality and universal spirituality; if universal spirituality is metaphysics, objective things, noting that “objective” means static, stable, true, we must conclude that human spirituality, human existence is not possible, except by making contradictions, lies, hypocrisy, that will work according to their being more or less suitable for an age, a time, a geographic location; they are falsehood that as such are always destined to be bypassed by other falsehoods that over time will be more suitable to their time or to the new conditions that over time have been created; or they must be falsehoods capable of flexibility, self-modifying.

From here we can suspect that religions are resistant to the problem of theodicy thanks to their being false, contradictory, because problem of theodicy means hope, comfort. Human hope, or at least something that is or appears as such, is not possible without practicing hypocrisy. 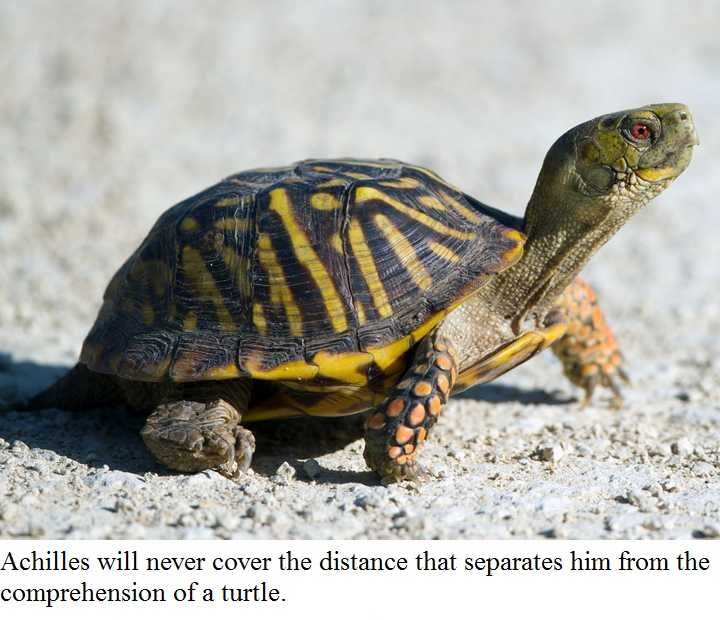