Home » The non-universality of the universe
Previous Next

The non-universality of the universe

Angelo Cannata2022-09-17T21:37:54+01:00Course of Spirituality – Level 4|
Show list of the lessons
It seems to me that so far no one, neither scientist nor philosopher, has managed to explain why our universe is made up entirely of inequalities, asymmetries, imbalances, differentiations.
Usually, when we go backwards in search of the causes of the present world, we find a pattern that goes from simple to complex. For example, we start from two special cells that meet, that is, a sperm and an egg, and over time a very complicated and rich organism of the most different aspects is formed. Or we start from a situation of concentration, that is imagined as a big bang, and a very complicated universe is formed. If we use this criterion, it turns out that at the origin of everything there should be something ultra simple, infinitely simple, completely unitary, symmetrical, undifferentiated, balanced. But if this origin was like that, how could all the asymmetry of the universe we know come from the symmetrical?At this point I find myself led to think, critically, that our experience makes us observe only asymmetric objects; the perfectly symmetrical exists only in the theories of our mind. It is like being, understood in a static sense: it exists only in our mind, because experience makes us observe exclusively becoming objects.

In this sense, just as everything comes into becoming, everything also comes to be unequal, asymmetrical, imperfect; in a word I would say physiognomy, that is, no one in the world has ever observed anything that does not have a physiognomy typical of a particular object, rather than universal.

It follows that the universe must be conceived as a particular object, with its specific physiognomy: it has nothing universal.

From this it follows that there are no general physical laws, that is, valid independently from the particular objects to which they apply. We suspect that any occurrence of what we believe to be a universal physical law is perceived as such by us only because we cannot measure the details that make it exclusive. Let’s take gravity as an example. Two stones fall obeying the same physical law. But this is only what our inaccurate tools can verify. I suspect there is some minutiae that causes those two stones not obeying gravity in the same way.

At this point it would be easy to refer to relativity: everything happens in a diversified way because everything is related to the special individual situations. However, this way of understanding relativity presupposes a unifying third reference. For example, if a kilo of lead on the moon weighs twenty grams, it is still possible to build a balance that takes into account the two different situations, so that a single factor comes out, so the weight on the earth, once the due equivalences have been calculated , can be shown to have a fixed match with that on the moon. In this sense any relativity is not really very relative: in the end it is nothing but an equivalence, which is however composed of non-relative quantities. We can notice that in Einstein’s relativity the speed of light is not relative.

In relation to what I said from the beginning, I suspect that everything is really relative and not in Einstein’s way. Really relative means that, if we had the possibility to make quite precise observations, we would discover that in every phenomenon a physical law is realized in relation to that specific event, therefore in a unique and exclusive way, so unique and exclusive that in reality the formulation of a physic law is only possible thanks to the fact that we allow ourselves some approximation.

If we think about it, actually a lot of things we say and think, perhaps all of them, are possible only because we resort to approximation. For example, we can tell what time it is only thanks to the approximation. Approximation is the great invention of the brain, not only human, which allows organisms to juggle the difficulties of existence and thus master many situations. This mastery makes us feel so masters that we forget the approximation itself.

However, it is only a suspicion, a doubt, and I think it is destined to remain like this. In fact, if our ideas, at least as our brain has been structured along its biological-cultural history, are possible only thanks to the approximation, it follows that it will never be possible to have a non-approximate idea of very relativity, more relative than Einstein’s, of what we experience. This means that doubt, rather than being a question mark, can also be considered an active tool of knowledge, being the only way to think about certain things. In the likeness of Saint Augustine regarding time, one would say: as long as I doubt it, I feel I have understood it; as soon as I seem to have understood something, I realize that it escapes me.

From this it also follows that the universe is continuous creation. It would also explain why each of us cannot help feeling our own self as unique, exclusive, incommunicable in his exclusivity: in fact, when we think of other people, we can unite them through approximation, but our self cannot be united because its concidence with us who think it makes us ultimately impossible to identify commonalities with the ego of others: the ego of others does not coincide with us who think it and therefore it will always, inevitably, ultimately prove to be unrelated to ours, however approximate we can try to be in an attempt to identify similarities.

We can still add, as a further study, that being does not exist if thought as absolute. It exists only as this asymmetrical, unique, unrepeatable, singular space-time coincidence, with nothing else to compare it with, without rules except those inside it. We find it difficult to understand the asymmetry because the Greek mentality has accustomed us to proceed by abstractions; but abstracting means removing, closing, selecting, excluding. Asking why the universe exists, why it is not symmetrical, means asking why the universe does not make a part of it (our idea of abstract, universal) the only and absolute reference norm; it is like asking ourselves why we do not make a foot, or a nail, the reference standard of our existence. 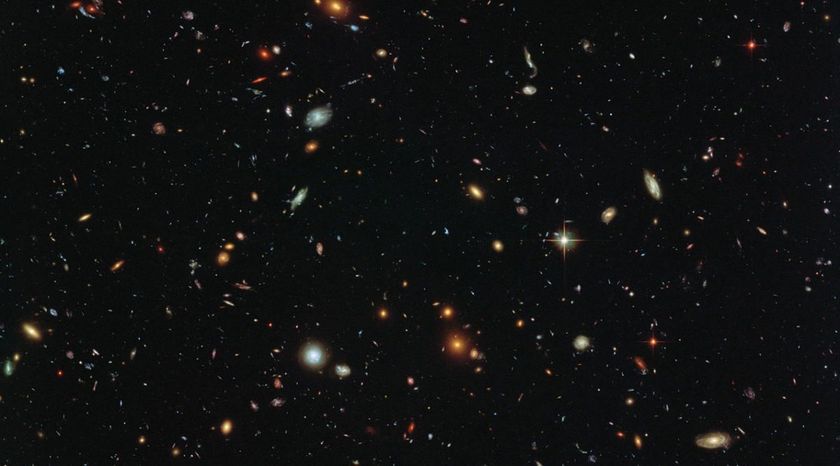