Home » Spirituality as nonviolence
Previous Next

An interesting interpretation of spirituality is seeing it as nonviolence. To achieve this vision we can use an effective image to address the theme of suffering, which is that of the thorn. A thorn is a simple object, not a responsible, chargeable person; it is a small object, well framed. A thorn creates continuous pain and then comes up with a characteristic very similar to that of a concept, almost making us able to say that a thorn is itself pain, suffering. From this point of view we can say that the heideggerian death is like a thorn in the side, which affect our whole existence, in every moment; it could be even compared to toothache, or any other pain that can permeate our feeling all the time, without leaving free our mind even for a moment. Another common feature of the thorn is the impossibility to get rid of it: it often happens that it breaks within flesh, it is small, invisible, it remains deep and there is no way to take it off. In the second letter to the Corinthians 12:7 St. Paul talks about a thorn in his flesh, which no one knows the meaning of. Obviously we will not fall into the temptation, which Paul himself fell in, in the episode of the monument to the unknown God (Acts 17:22-31), to take advantage of the lack of clarity to introduce what interests us, in fact fishing in troubled waters; it has been enough to quote him by connection of ideas.

What can we do with a thorn, once it is stuck in our skin, and there’s no way to get rid of? No choice but to savor, like it or not, all the pain, the suffering that it causes us. We can try to distract us, but it would be inevitable to suspect that this way we would allowing the plug to determine our behaviors, just causing our attempt to distract us. On the other hand, with or without a thorn, there is no demonstration of our freedom and we can remedy to this by trying to live hosting some critical sense. The critical sense leads us to react not too passively by distracting us, and from here follows that we will also attempt to address the problem in more direct ways. On the other hand, we cannot consider a direct way the obsessive search for causes and solutions, having already noted that just the criticism about opium of the people can be accused of being itself opium of the people. All this leads us to an important expression with which Jesus expresses in the Gospel the way chosen by him – or undergone to – to live suffering: he talks, for example in Gethsemane, Luke 22:42, about a cup to drink. It may be fruitful to think an essential meaning of drinking the cup as equivalent of living a spirituality, suffering consciously, following directly, in our mind, pain, bitterness, suffering, trying to carry on a life of nonviolence, which means no evil. So, drinking the cup would mean not to react with evil not only against the neighbour, but, more generally, against any objective mechanism, against the universal spirituality. On the other hand, however, we must consider that there cannot be violence if there is no involvement of people. A minimum of one person, however, is always involved and it is the suffering person. It come out that we live violence when there is an attempt to block or hinder other people’s or our walking. Therefore, a fundamental aspect of spirituality, in relation to evil, is nonviolence. In more positive terms, it would be living while always encouraging walking, growing, making sure never to to block or hinder it, first of all in ourselves.

This discussion can be compared to my other post about spirituality and peace, with the difference that there peace is guessed as an indirect consequence of spirituality, while here I think I’m going a step forward in clarification, by considering it as direct search, aimed at safeguarding walking, rather than destroying. 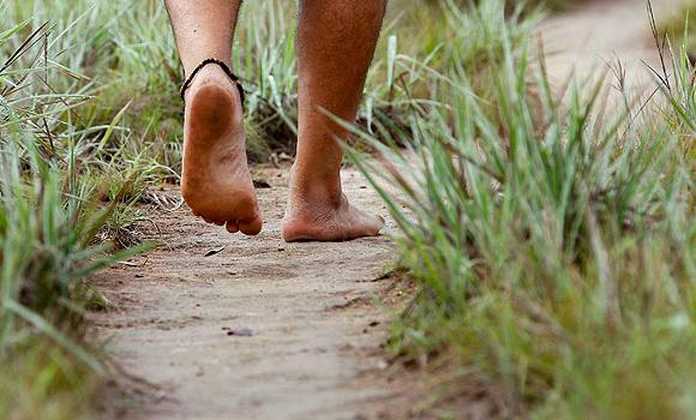