Now we are going to deepen the idea od awareness, which is involved in the concept of spirituality, as experience of intentional spirituality. The research work done in the blog allows now a clarification on what awareness is. To clarify this question it is helpful to distinguish between a materialistic outlook on the world, we can also say metaphysical, and a non metaphysical one. This subject can give the impression of repeating what has been said, but I find it useful as a clarification and synthesis, to create a basis as clear as possible for the following paths. It seems to me that a field so unexplored and subject to confusion, as spirituality is today, deserves the greatest possible work of clarification, at the risk of some repetition.

The metaphysical perspective considers the world from an objective point of view: both it and we are machines, mechanisms that move and interact. From this point of view awareness is nothing but a part of these mechanisms, it is simply an act of comparing different ideas and keeping alive this comparison in the work of our mind. In this perspective, even a computer can be considered aware of certain things, because it adapts its actions on the basis of other informations, with which it compares them continuously.

Instead, the non metaphysic perspective gives particular importance to our self-perception, our feeling “I”, subjects who feel within themselves a will, a freedom, an ability to intentional action; all powers not critically provable, but which simply describe as a self perception.

The definition of spirituality as “inner life”, explained on the chapter Spirituality can be defined as inner life, can be interpreted, at least as a basic starting idea, from a materialistic-metaphysic point of view, that looks at the world from outside and sees that there are beings, to be considered as clocks, some of whom say they feel within themselves something they call spirituality, and which is produced by the interaction of their neurons. In this perspective, all beings, including humans, are passive objects in respect to the mechanisms that operate in and out of them. Even when they say they want something, this view interprets this as a mechanism that has moved within them and prompted them to feel and to say that they want something; it is therefore an illusion will or, at least, completely subject to doubt, it is not something provable as intentional.

Things get a bit more complicated when, as the research moves forward on a spirituality considered in a mechanistic way, a tendency emerges, to understand it not only as a phenomenon which, in a basic sense, occurs even in a stone, but above all as the result of an intentionality. This is because we are more interested in exploring spirituality as our subjective perception, rather than as a material mechanism. We hinted this shift of meaning already on the home page, when we said that we can ask “about what inner experiences further research will be profitable”. Once started this subjective research, spirituality begins to be not so much a phenomenon that has been going on independently, of which we are passive objects, but especially our choice to cultivate intentionally some aspects that we believe more significant. In this sense, spirituality is no longer “any inner experience”, but the experience resulting from the intentional cultivation of certain selected inner experiences. In this perspective we are no longer in the mechanistic metaphysical mentality, but rather in the description of what we experience subjectively by carrying on this wanted work. We can think of, as a representative example, of the Gospel episode of Martha and Mary (Luke 10: 38-42).

We sense that the distinction between the materialist-metaphysical and the subjective perspective corresponds to the one we have already made between universal spirituality human spirituality. In the research to be carried forward we will strive to be clear in the distinction of these two perspectives, but it can easily happen to simply use the word “spirituality”, letting the context of the subject to hint at what perspective we are intending. The clarification we have done here will help us to obtain from time to time with more awareness the sense of the term in the context of the subject, as well as to project further researches, based on the fact that the two perspectives are not mutually exclusive, but they affect and interact. 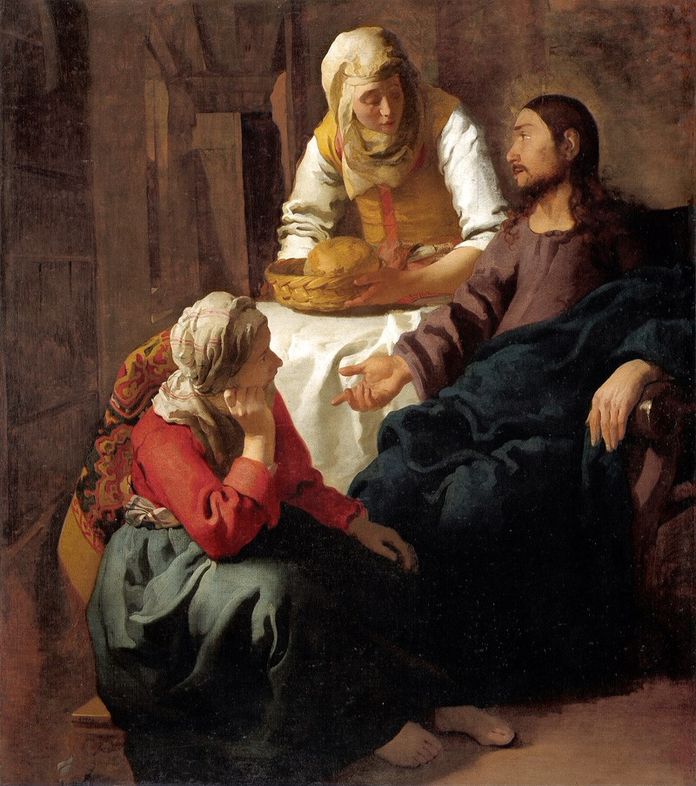