Home » Difference between religion and spirituality
Previous Next

Difference between religion and spirituality

Difference between religion and spirituality

The first most obvious difference is the fact that spirituality is universal, so much so that even atheists claim their one, while practicing a religion is limited to those who adhere explicitly. In this sense, religion can be considered a part, a subset of the universe of spirituality and therefore, more than the difference between religion and spirituality, it is appropriate to talk about similarities.

In addition, every religion asks its members to be firmly convinced of its truth; on the contrary, spirituality is self-critical, always willing to get involved on everything. Actually, there are attempts to organize religion as well in non dogmatic ways; in this regard they also talk about non dogmatic theology or postmodern Christianity. I think, however, that these efforts are destined to acknowledge that, facing the problem of theodicy, there is not standing up self-criticism; in other words, an experiential faith in a God, who does not give answer about evil, is open to the charge of being a faith too divorced from critical reflection. I have gone through several stages in all this and I could not claim that what is problematic for me should be the same for everyone; the debate remains open.

Another feature of religions, though not all, is the relationship with a God or Gods treated as persons. In another post I point out that, if the personification of God is able to protect us from other idolatrous personifications, in turn, we need something else to protect us from the idolatry of God. Spirituality, as I said, is not a person, from this point of view it may be perceived as less comforting, but only by those who are accustomed to certain patterns and finds difficult becoming familiar with different ways of living, it’s appropriate to say with different spiritualities.

Religions usually contain rites, liturgies, observances to be followed; spirituality is not linked to any practice, except any activity that each person chooses freely to follow. This may as well seem not comforting, but the feeling can also be nothing else than the discomfort of freedom for those who for too long have been used to live as slaves.

Every religion has its representatives, both living and belonging to the early history, which define, at least outwardly, membership; in this sense, who belongs to a certain religion is not who claims to do, but who is recognized as such by the reference representatives; this has the function of maintaining a certain order within the religions. Spirituality has no representatives; the work done so far to define it does not need to establish those who belong and those who are excluded, but exactly the opposite purpose: it serves to point out that the whole world is spirituality and the distinctions within it are nothing more than the equivalent of the distinction we make between a person and the other, an object and the other.

If every religion has its own history and its own way of dealing with history, the history of spirituality coincides with the history of the universe and its way of bein related to history is nothing but the inner side of our living and experiencing history. In this sense, having said that spirituality can be considered a hermeneutic is not to say that it is a very precise hermeneutic that be bound: it is a hermeneutic as a method and as an exploration of all hermeneutics; among all, none of them is to be embraced in particular. 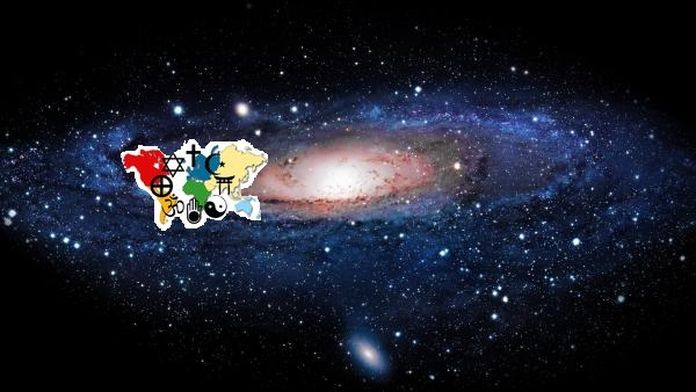