Home » Art and spirituality
Previous Next

Today, several humanistic researchers indicate art as a solution, or at least as one of the most enriching ones, for a better realization of our human being. However, there are several misunderstandings in this regard and it will be useful to add important clarifications.

A common misunderstanding is that of understanding art as salvation, perfection, almost paradise. Against this mistake, my previous articles on spirituality have already provided the critical assumptions: art is not and cannot be salvation, because the very concept of salvation is false, deceiving. Since this world exists, nobody has known how to indicate salvations, understood in a radical sense. In this sense, we find ourselves in nothing else than the problem of theodicy: nobody has ever known how to give satisfactory answers to the problem of evil.

To this observation it can be added that art itself, as well as spirituality, can also be bad, or even evil. This refers us to the awareness that, from an objective point of view, there is no way to distinguish good from evil: the universe we are part of proceeds in its own ways and does not care if they bring about destruction or happiness.

To put it positively, art, as well as spirituality, is simply a faculty, a human capacity, which today we can consider worth cultivating because it enriches our being, our perspectives, our orientations, our categories and experiences. This is not a little if we compare it with the criticism of any other activity.
Another widespread misunderstanding is that of considering art in itself, losing sight of its reference value to spirituality, which is undoubtedly a wider context. That is, what constitutes the most authentic human enrichment is not the art itself, however valid and constructive it may be. Concentrating on the appreciation of a painting, or music, or literature, can lead exactly to the opposite of what should be sought, that is, in an impoverishment of existence. In this sense, art must be appreciated as a supplier of ways of orienting oneself which will find their most suitable space in the general orientation of spirituality. For example, a painter’s painting can show me how the world can be conceived; but if this conception of the world is limited to artistic sentiment, we will have done very little. Rather, that painting should be appreciated as illumination towards alternative ways with which to explore the entire human existence. Once this direction is taken, what matters is no longer that framework or the message it contains, but the methodology of approaching the understandings of existence towards which that framework has been able to orient us. At that point, the picture must be abandoned, forgotten, to make room for the journey of exploration of the senses of the whole existence; on this path it will be natural then to also confront the criticism with which spiritual walking has made us familiar.

Once we have cleared the ground with these clarifications, it is appropriate to observe that the various fields of human research have formed, over the course of their history, points of reference that now form the basis of the orientation of our world, historical culture , of today, even without realizing it. In this sense, if in philosophy, for example, we take among the reference points the researches that were carried out by Plato, or Aristotle, or Pascal, this does not happen because these points have systematic, objective reasons. The history of philosophy does not have a systematic development; despite its inorganic nature, it has in any case established historical references for our mind, so it is more fruitful to carry on the research starting from these historical milestones, rather than relying on objective systematic criteria, although the latter still retain their value. For this reason it is almost essential to have a knowledge of the history of philosophy, precisely to know how to reason, to know how to use thought, bearing in mind that the mechanisms of our thinking are actually made up of this history.

At this point it is appropriate to observe another phenomenon that occurs within each research field. It is a question of the progressive departure of languages from what the masses manage to understand. That is, for example, in the field of research on the Bible, in-depth studies have been carried out in front of which the layman cannot help feeling discouraged. The same happens in art: the colors, the way of outlining the lines, have taken over the centuries of artistic research meanings such as to form a whole language of their own, which to the layman cannot fail to be incomprehensible and consequently not usable. It is the feeling of losing the updating, the participation, to a whole universe that expands continuously and so more and more moves away from us and makes us stay backward, out of a world that would be invaluable for living the spirituality in fullness of our existence. On the other hand, it would not make sense to ask specialists to stop their research so as not to move away from the masses. For this problem, however, there are some observations that can comfort us. If, for example, a mathematician can face enormous difficulties in understanding a sculpture, nevertheless, if this mathematician has thoroughly studied his own specialty, mathematics, he will also have learned humility and practiced forms of interdisciplinarity. So, meanwhile, he won’t make the mistake of despising what he doesn’t understand; then, rather than pining for the complexity of the languages of sculpture, he will, on the contrary, be happy to find himself in front of exciting fields of exploration. It is therefore understood that ignorance to which the limits of our brain force us is not a real problem if it is lived with correct attitudes, that is, ultimately, in the pleasure of walking and walking together.

Finally, we can consider the problem of educating others, for example children, towards these paths. Among the masses, the idea of leaving them the freedom of these researches is fashionable and it is a typical idea of the mass, that is, uncritical, because it does not consider that this freedom is extremely conditioned from the outset. Freedom is not created by letting go, leaving free, but by taking responsibility for the historical world in which, with our birth, we came to find ourselves involved. Freedom develops through cultivation, not through abandonment, which is a false concept. Once again we find ourselves in the problem of managing the limits of our brain and our human condition. What matters is not to go beyond, to break, to overcome these limits, but rather to live them in the best orientations. It is not necessary to be expert in all fields, but rather to act towards them in the most correct ways, that is, humility and walking. 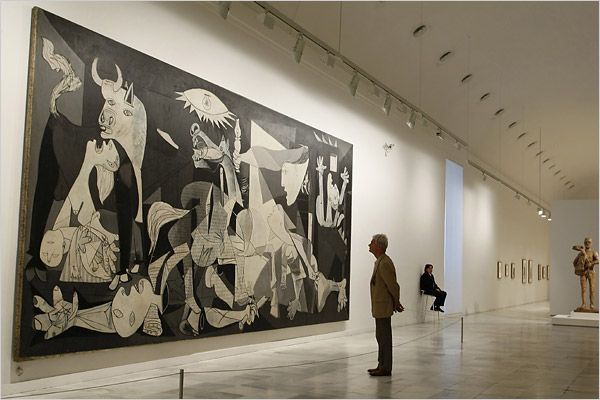